It’s the weekend. The day begins at 4.38am with the gentle babbling of baby Henry from his cot at the bottom of our bed. We drift in and out of sleepiness until 5.56am when Molly’s face appears inches from mine. “Mornin’ Mummy,” she says climbing into the bed with her entourage of teddies. Bleary eyes are rubbed, a poo filled nappy changed and bottle dispensed, until half an hour later we’re up and raring to go. (Ok, ‘raring’ might be just a slight overstatement here.)

By 9am the husband comments: “It feels like we have been up for hours!” “That’s because we have!” I cry. By that time, I’ve already had three altercations with Molly over her choice of clothing, wrestled with an ipad, snapped at the husband over something trivial and forgotten what I had gone up the stairs for on more than four occasions. (Standing in rooms with a blank expression as to what the heck you’re there for is a pretty common occurrence now that I’m a mother.) 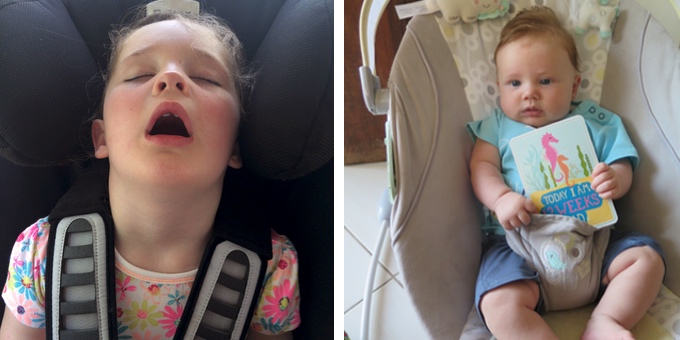 By 10.30am the husband and I have managed to tag team a 10 minute power nap (he literally went like sh*t off a shovel up the stairs when I asked him if he wanted to lie down.) By 12pm we’re ready to leave for a leisurely lunch. (Again, ‘leisurely’ might be the wrong choice of word here.) Then following another altercation – this time with a car seat – the husband reverses his car into a tree in a bid to go back for some bit of paraphernalia that I had forgotten. By now, stress levels have peaked in the sheer effort of getting our frazzled selves and two small children out of the house.

Hmmm. Can we start the weekend all over again?

You see, lately I feel like I’ve been living life in the fast lane – and not just when it comes to trying to get organised to leave the house. If there were such a thing as a speeding ticket for the rate at which my mind was racing, then I would max out the fine. I find myself doing simple things at high speed. Even brushing my teeth or having a shower has become a frantic activity – how quickly can I get the job done before somebody or something kicks off? As I’m whizzing through my tasks, my mind is a flurry of ‘what if’s?’ “What if Henry cries when we’re in the car?” “What if Molly misbehaves over lunch?” “What if…”

What if…I just. Slowed. The. Heck. Down. and stopped worrying so darned much? 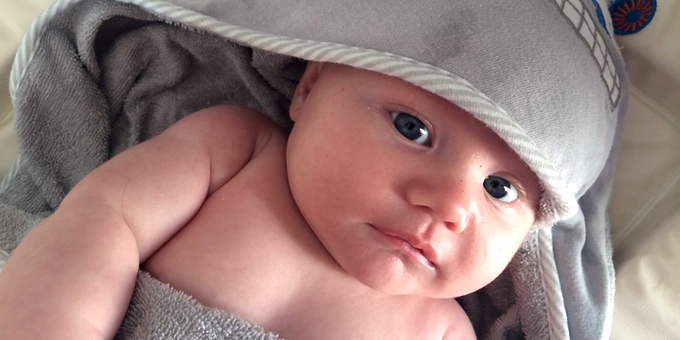 Yes, the reality is that half the race is in my own head. It’s like I’ve been creating my own daily list of ticking time bombs over the slightest of things! The result? My stress levels creep up yet another notch. The knot in my belly tightens, my shoulders inch a fraction higher and I’m left feeling a little fried. The reality is also that I’m still trying to juggle this new life as a mother of two – still trying to get used to handling the very different needs of a three year old and a three month old baby.

In the midst of it all, I’m forgetting to breathe.

All too often as mothers, we’re so busy running from pillar to post, multi-tasking like mad women, letting life fly past us in the fast lane. What would happen if we took our foot off the gas a little? If we realised that we can’t physically do everything at once? If we just accepted that we can’t always address everyone’s needs right this very second? If we let go of the ‘what if’s’ and just let life unfold?

We might just be able to breathe a little easier. 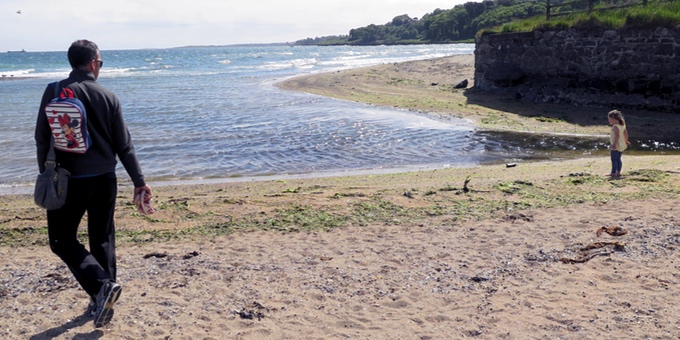 Yes, this week I’ve realised that I’m letting my need for speed get in the way of the enjoyment of just being a mother. Yes, parenting is blooming hard work. Yes, it’s bloody exhausting. But it can also be a real joy if we can just remind ourselves to stop and take a breath, instead of trying to squish everything into neat and tidy boxes!

As I write this blog I’m nursing a Starbucks while Henry sleeps peacefully in his buggy. He is, in truth, a wonderful wee man – very chilled out, the antithesis of his mother at times! As he opens his eyes he smiles, almost as if to say: “What’s all the fuss about, Mummy? Relax, have your coffee, there’s no need to hurry – I’m just happy to tag along for the ride.”

Once she stopped rushing through life, she was amazed at how much more life she had time for. 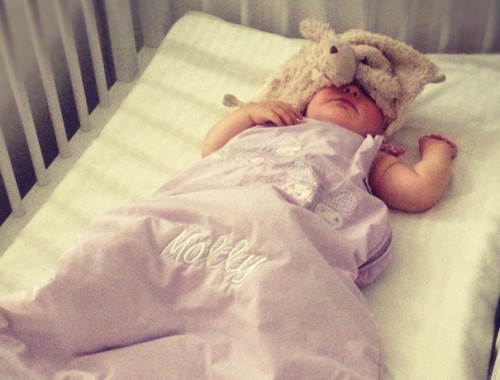 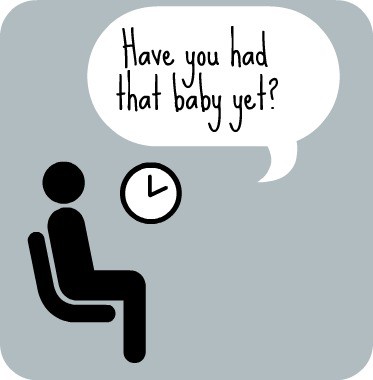 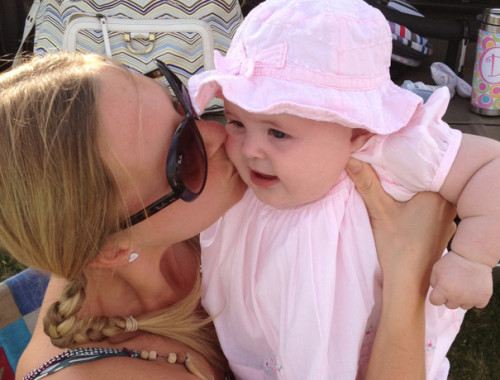