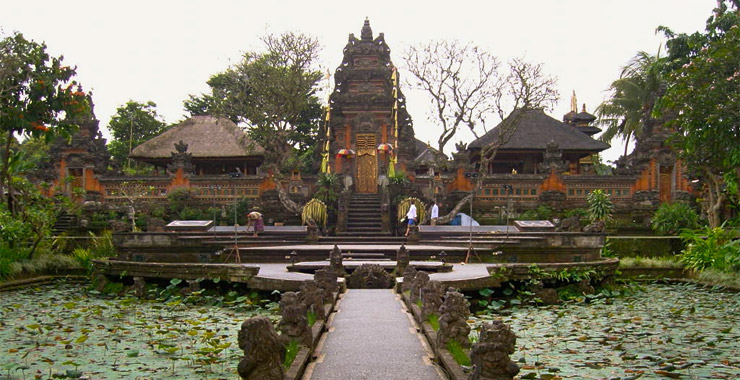 It’s 5am. I’m bolt upright in my bed in Bali, squinting at the palm sized dark object that has just dropped in to say hello through the wooden carvings beside my door. With the alarm set to go off in 20 minutes anyway, I decide sleeping with an intruder on the prowl is not an option, so I leap up to switch on the light and inspect the damage….cockroach. A speedy bugger this one is too. As he zips about the floor, a loud expletive escapes my lips, breaking the silence I am supposed to be observing first thing every morning.

The next half hour is a stand off between me and Colin. (I gave him a name in an attempt to make him more appealing). I go one way and he is there 30 seconds later, scaring the bejaysus out of me. Standing on Colin is not an option. Number one, I don’t think I could cope with the aftermath. Number two ahimsa or non-violence is the first rule of yoga’s little moral codes known as the yamas. That means having a compassion for all creation, and that probably includes cockroaches. So, shortly before I leave for four hours of pranyama, meditation and yoga, I manage to toss a bag over Colin, in the hope that someone else will remove him on my return.

Poor old Colin, perhaps he was just welcoming me to Bali, my home for the next 5 weeks of my yoga teacher training. Almost everything about this beautiful island is the antithesis to Dubai. Gone are the six lane highways and SUVs, instead are narrow palm tree lined roads where scooters are the most popular mode of transport. Dubai’s urban jungle of glitzy high rises is replaced by wooden cottages and hundreds of ornate temples, adorned with elaborate stone carvings ranging from elephant-headed Ganeshas to laughing pot-bellied Buddha. The temple featured in my photo above is the Pura Saraswati in Ubud, a stunning temple and lotus garden. It was commissioned by the royal family at the end of the 19th century and dedicated to the Hindu goddess of art and learning.

Ubud itself is a tourist mecca, thanks somewhat to the “Eat, Pray, Love” Julia Roberts factor. It is the busy season so the town is buzzing. The Balinese people are so friendly, wide toothy grins all round, and no one really hassles you to buy their goods. They also have a knack of hoisting large baskets onto their heads, containing everything from rubbish to fruit and even knives for sale. We could all learn a thing or too from them about their posture and the way the stack their spine so expertly – head level, shoulders back, core engaged. Slouch in the slightest and that load will slip!

Finally for now, the room where I am staying for the first 4 weeks of the trip overlooks a padi field, where from dusk to dawn a chorus of frogs, birds, bugs and other creatures great and small gather in the swamps to see who can make the most noise. It is a difficult backdrop to sleep to unless you are David Attenborough, and the fear of one of them leaping through your door mid snooze does not help either. I do however have one little piece of Dubai right here to make me feel at home. Directly opposite where I am stay they are constructing a new guesthouse – drills, metal cutters and hammers all add to the ambience! And just like in Dubai, it was supposed to be finished 3 weeks ago :0)

BaliUbudYoga
By Cheryl Parsons on August 9, 2011 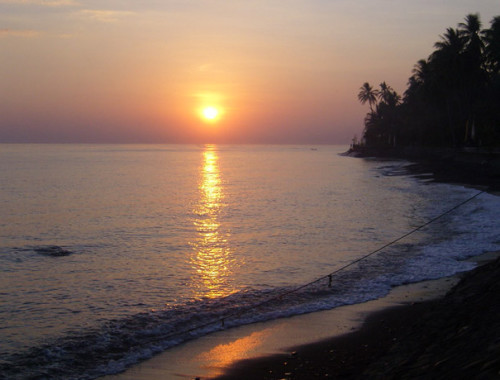